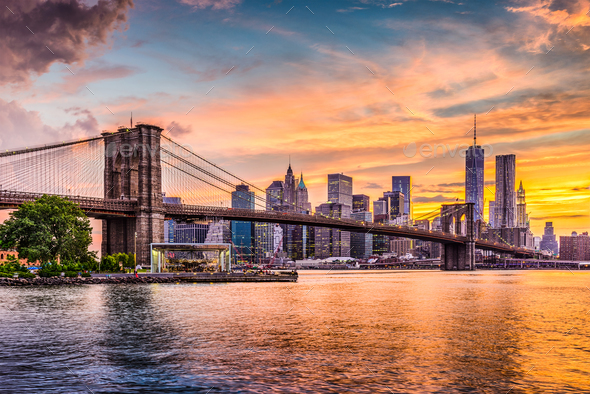 For decades the New York skyline had certain landmarks which made it distinctive: The Empire State Building, The Chrysler Builder, The Domino Sugar Factory, to name a few. But, as the song says, everything must change and that includes skylines. And my, how it is changing. For every resolute, limestone covered century-old financial and corporate institution that made up the fabric of NYC real estate there is now some weird angled, reflective, cantilevered piece of architecture that looks like it was dreamed up by skateboarders looking for their most radical rides. Here are a few of the new school of New York City structures, sure to make you do a double take. 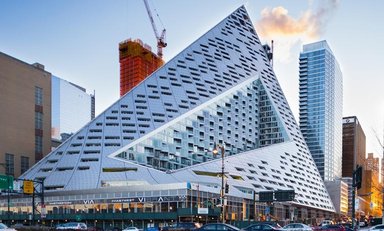 First, it’s a tetrahedron. Digest that for a minute. Second, what more could you expect from Danish wiz Bjarke Ingels, the architect who has made it his business to defy convention? Now based in NYC, Time Magazine named him one of the 100 Most Influential People. We can see why. 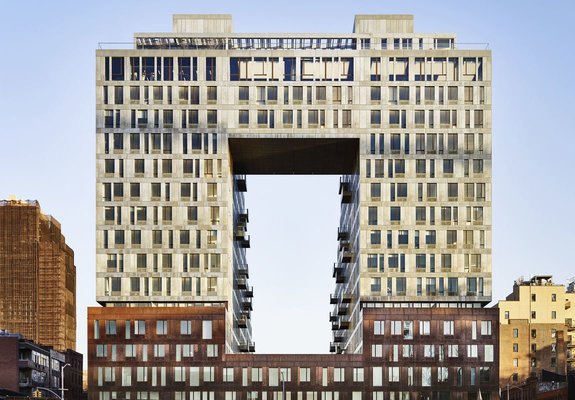 The Domino Sugar Factory was an iconic building on the Williamsburg waterfront but destined to be equally distinctive is the rental complex shaped like a (square) donut. Owned by Two Trees Management and designed by SHoP Architects, the 522 Unit luxury rental was completed last year and occupied by July 2017. 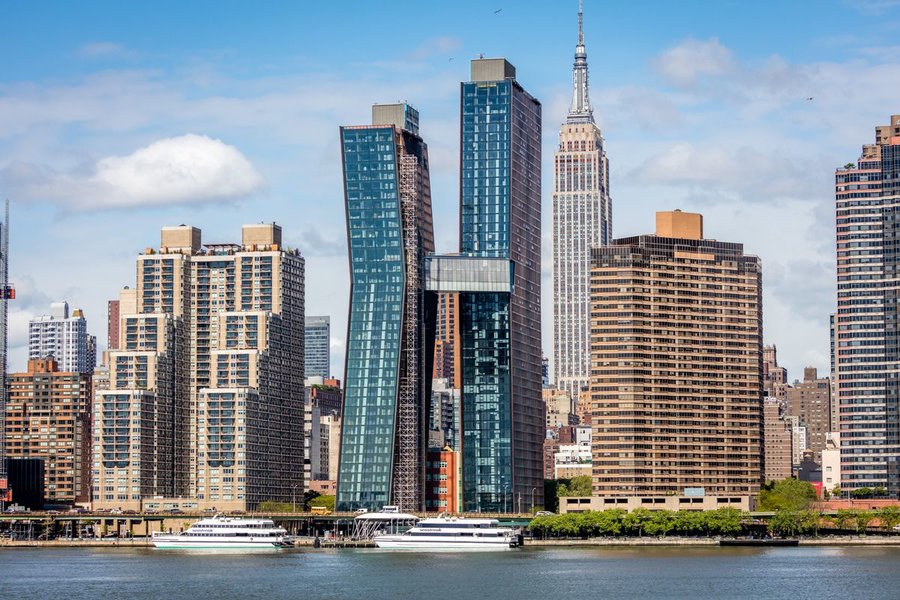 These two structures, located at 626 First Avenue in Murray Hill,kind of look like two cartoon buildings shaking hands or even dancing. That’s because a three-level sky bridge connects the two. Those innovative boffins at SHoP Architects are responsible for designing the copper clad structures, which combined contain 761 units. 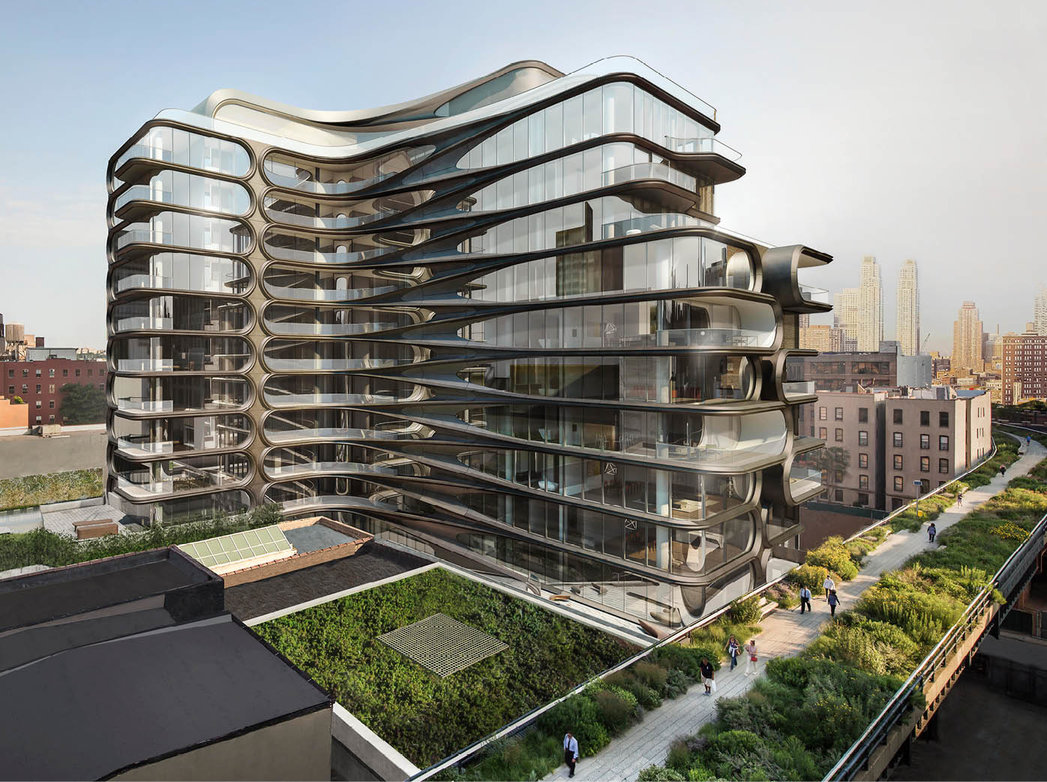 Shimmering, futuristic and with more curves than a sunny day at the Copacabana Beach, this is the first and only NYC project by the late celebrated architect Zaha Hadid. Located near the High Line in Manhattan, reported celebrity residents include Sting and Ariana Grande. The building contains 39 spacious units over 11 floors and was completed in 2016.

Leonard St as a whole has been garnering a lot of interest recently because of the number of luxury condos taking to the skies in pricey Tribeca. This glass, cantilevered beauty was completed in 2016 after being conceived almost a decade earlier. The penthouse is the most expensive condo south of midtown, selling for $47.87 million last year. The building has 145 units over a cloudbusting 60 floors. 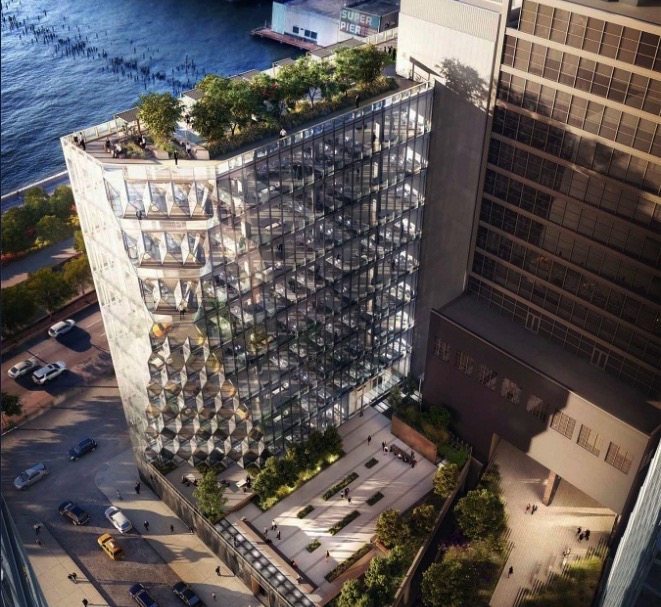 Still being constructed, this innovative piece of architecture by Chicago based architects, Studio Gang is known as the Solar Curve. It is prismatic in shape to takeadvantage of the sun’s moving position in the sky to heat the structure, while also benefited from the green space at the High Line. 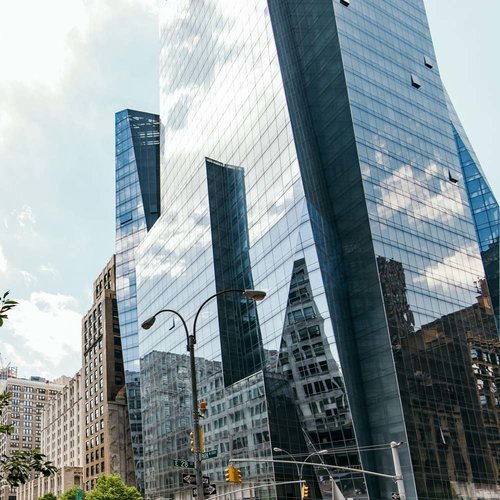 Designed by Frenchman Christian de Portzamparc, over a decade ago, this is a jagged punkrocker of a building, jutting defiantly into the Manhattan skyline slightly north of Madison Park. But there’s nothing to rebellious about the pricey condos here which are completely sold out.