25 Apr The XI towers in New York will “dance” with each other, says Bjarke Ingels

With the Hudson River to the west, and the High Line and the rest of Manhattan unfolding to the east, BIG’s primary concern is that the two towers do not block each other’s views of either.

Therefore, both are shaped asymmetrically so that they twist out of the way.

“It becomes almost like a dance, or a mutual courtesy, between the two towers,” BIG founder Ingels told Dezeen. “Rather than ignore each other, they almost care for each other and enhance each other’s situations.” 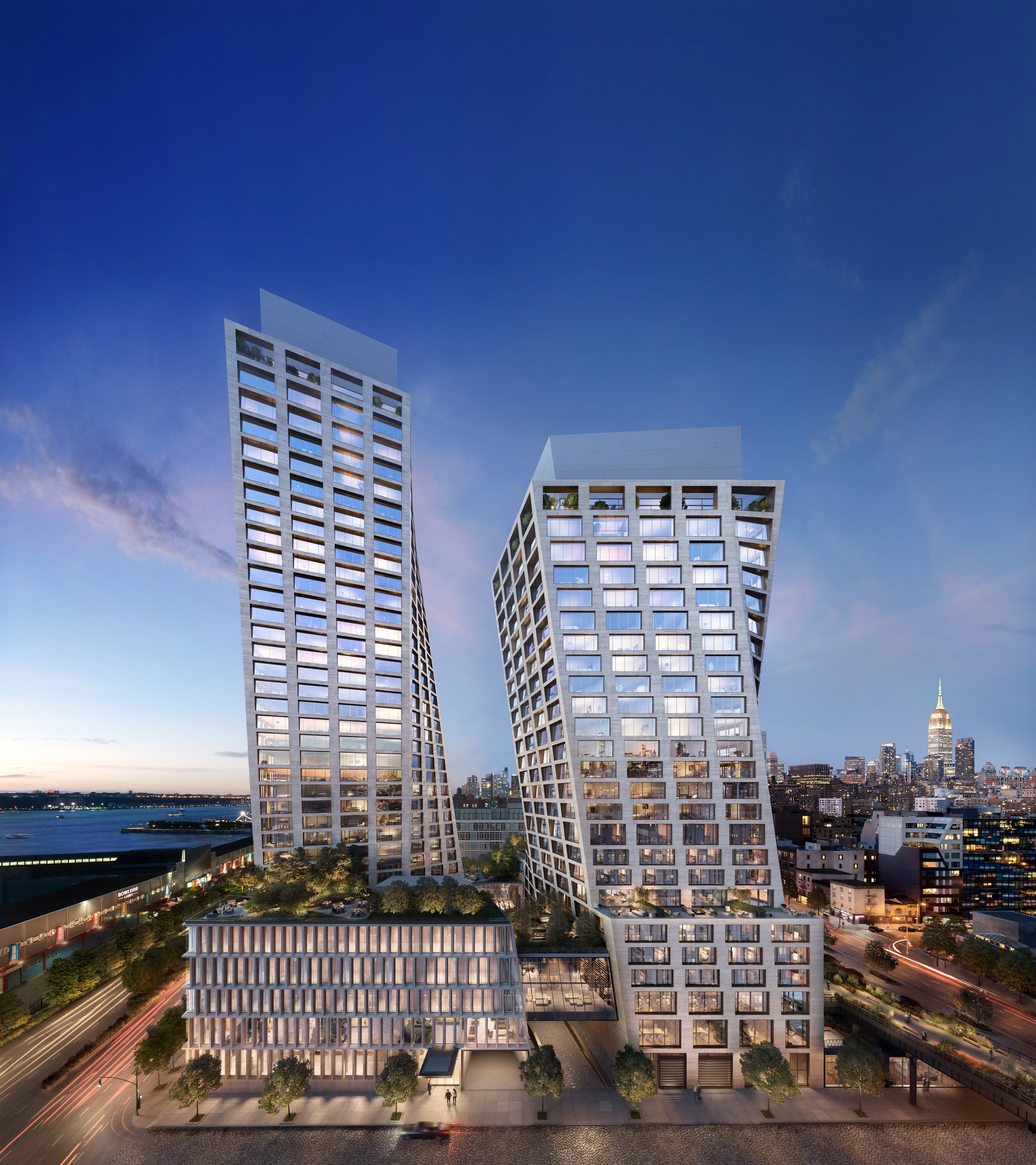 The shorter east tower, called X, will contain 87 luxury residences above a hotel by Six Senses Hotel Resorts Spas. A further 149 condominiums will occupy the I tower on the west side, and residents of both will share amenity spaces on the third floor.

The towers are designed akin to the warehouses in the area, with the structure expressed on the facades and large windows filling the gaps between.

External walls will be clad in travertine, surrounding the floor-to-ceiling portions of glazing. As the buildings ascend, some windows will “migrate” to their adjacent facades as the floor plate change and the vertical forms warp.

“That journey provides a lot of sculptural quality,” he added. 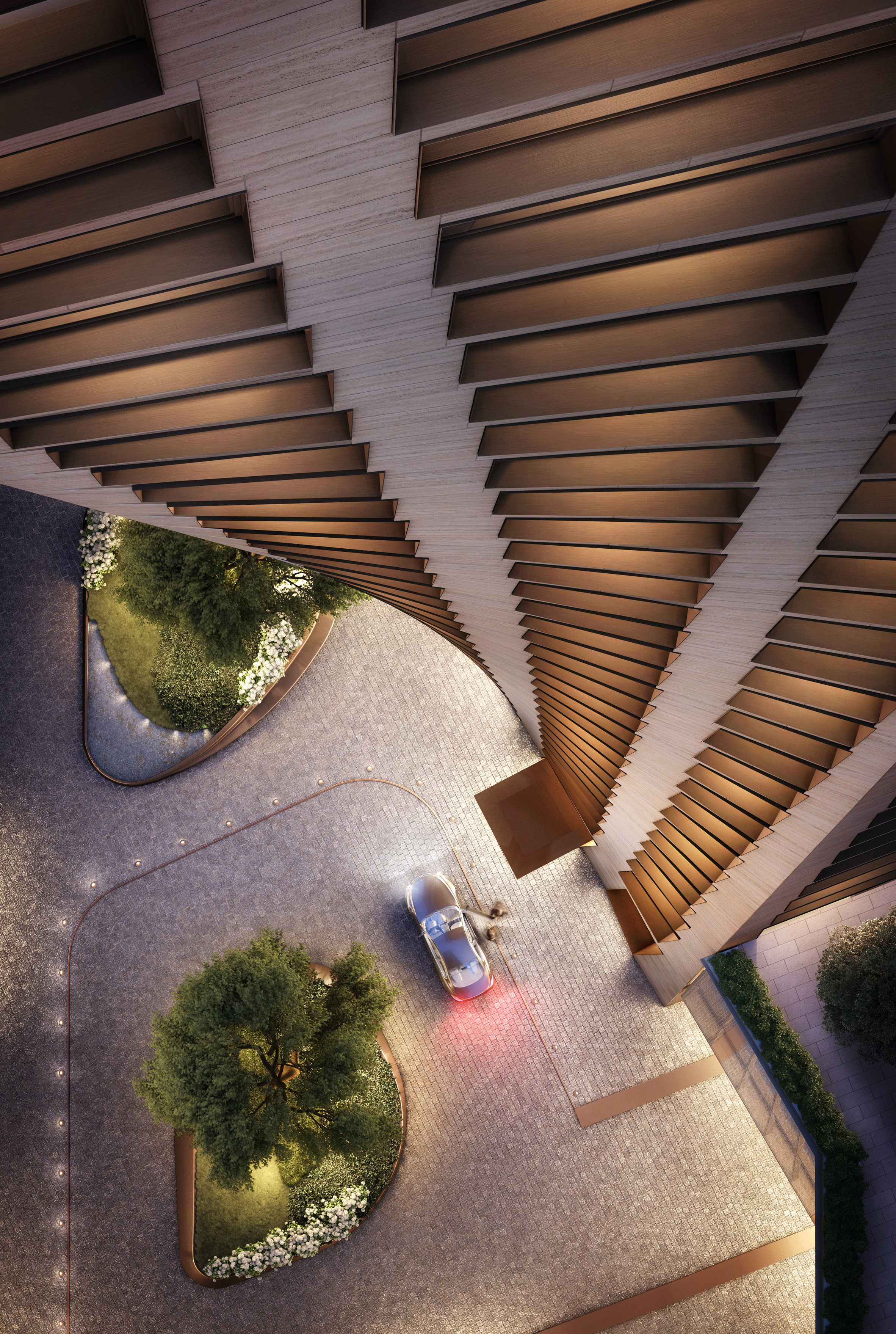 Due to the shapes of the towers, “kinks” in the stone cladding will create shifting shadows across the facades during the course of the day.

“As the light travels over the facade, you [will] really see that rotation very clearly because the limestone is illuminated differently,” said Ingels. “All the stones are straight, but it creates these reveals that will draw shadows down.”

The architect liken these details to a contemporary interpretation of the ornamentation on historic New York buildings, like those by Louis Sullivan and the Flatiron Building.

Along with the towers, the complex will also include a cultural building. Connected by bridges, the collection of structures will surround a central courtyard. The XI occupies one of the few remaining sites along the elevated High Line park, which will manifest at ground level at the only point along its length in front of the project.

The park’s popularity has spurred massive development in the surrounding area, where buildings by Pritzker Prize-winning architects including Renzo Piano, Jean Nouvel and Frank Gehry have already completed.

Projects by Foster + Partners, Heatherwick Studio and Studio Gang are also underway in the neighbourhood.

“Chelsea and the Meatpacking District have seen so much really positive development, and it has become a place where exciting experiments have happened,” Ingels said. 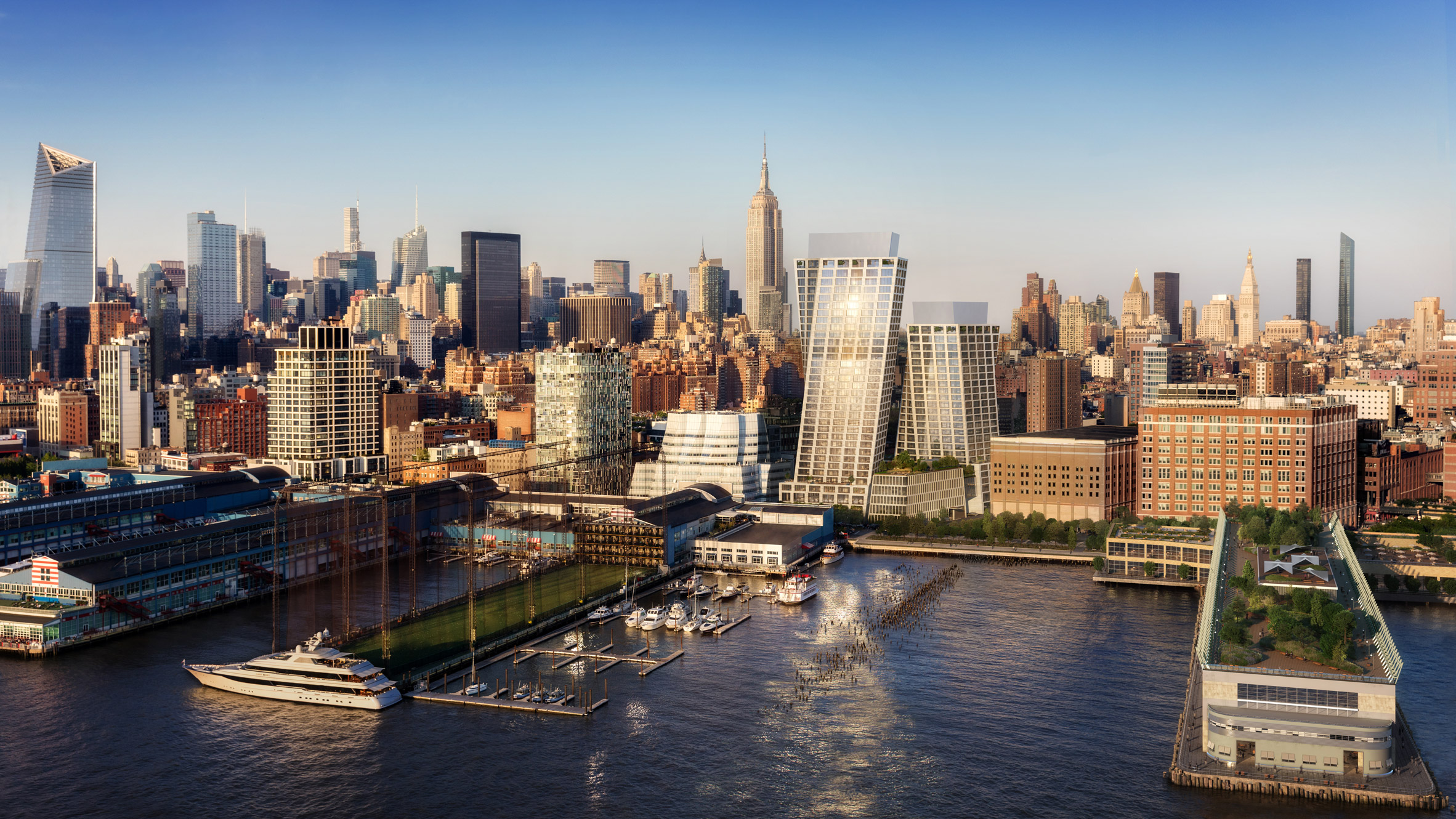 The XI is set to complete in 2019. This week, developer HFZ Capital Group opened a sales gallery for the project nearby, at 25 Little West 12th Street.

British designer Es Devlin – known for her stage sets for performers like Beyoncé, Katy Perry and The Weeknd, has created three installations to present different aspects of the project in unconventional ways.

BIG has offices in New York and Copenhagen, and has several buildings complete or underway across New York City.

They include the finished pyramidal VIA 57 West housing block, the stalled Two World Trade Center skyscraper and The Spiral office tower, which is proposed at the other end of the High Line from The XI.